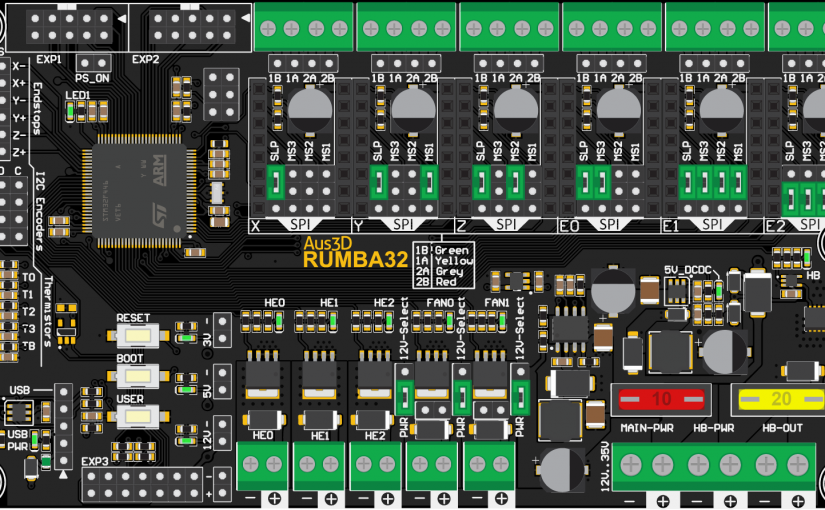 We have officially launched our new 32-bit control board – RUMBA32!

Building on the solid foundation of our popular RUMBA+ boards, RUMBA32 takes things to the next level by swapping out the 8-bit ATmega2560 for a speedy STM32F4 clocked at 180MHz.

Supported by the latest versions of Marlin 2.0, RUMBA32 is a great control board if you want to get up and running with the latest features and capabilities.

As Marlin 2.0 is still under heavy development (as is the Arduino core that provides support for RUMBA32) we are at the moment recommending RUMBA32 for advanced users only – there’s still a bit more setup work than with our regular RUMBA+ boards, and if you’re after a plug-and-play experience then you might want to hold off until things settle down.